Matt Griffin graduated in May 2012 with a Bachelor of Science in Computer Information Technology from the Purdue School of Engineering and Technology. Currently, he is the Systems Architect at Gaylor Electric. He owns his own IT Consulting and Managed Services firm, The IT Fellas. Matt is passionate about volunteering. He serves on the Purdue School of Engineering and Technology Alumni Association Board of Directors at IUPUI since 2014. In January of 2019, Matt joined the Board of Directors for a non-profit organization named the Muscular Dystrophy Family Foundation (MDFF). The MDFF focuses on increasing the quality of life and independence of people with Muscular Dystrophy and their family through advocacy, education, and financial resources. Outside of work and volunteering, Matt enjoys participating in Adaptive Sports. Currently, he is playing for the Wheelchair Lacrosse team Indy RIP based in Indianapolis, IN.

As I promised I would blog about the additional backup procedures I planned on putting in place after the outage I had last time. I still have more things I’d like to implement but have not had the time in the evening to do the custom development work.

If you would like to know a bit more detail on my backup stuff please continue reading below. …

Backups are Important! Here is How I do it!Read More »

On Thursday afternoon I started receiving alerts that both of my personal websites had gone offline, which were on separate VPS Servers through the same provider. I thought this was quite unusual because it isn’t usually simultaneous. Once I got home I looked into it and the servers were completely unreachable, I looked at my providers twitter and they had mentioned an attack on their servers that had been compromised. That is never a good sign!

Over the weekend full details came in that they had been brute forced and the hackers gained access to the physical nodes and basically they nuked the drives. They spent 3 days trying to recover the ~1000 VPS that had been destroyed and had no luck restoring mine, I had looked into it and I had no backups of my blog on my home computer and my other website the most recent backup I had locally was from July of this year. I did follow standard backup procedures and I had a script that made weekly backups… but they were stored on the local server. At this point I knew I had no choice but to start from scratch and mentioned my delima on Twitter.

I was lucky enough that @fast_edo had saw my tweet and mentioned using inurl:mattblogsit.com as a Google Search string, and BOOM! I found a lot of my articles cached. I began doing similar searches on Bing and between the two I was able to find all of my articles – the images in the cache. Now I may not have been intelligent to maintain my articles but I was able to locate all of my graphics and get my blog about 95% restored. I personally decided not to re-post some of the articles but they were things relating to #TheKrewe Shirt Design Contest, and a post that just wasn’t up to par for me.

Over the next couple of days expect to see blog posts relating to setting up backups on your CentOS Servers and WordPress Blogs because I am dedicating myself to that cause to make sure this doesn’t happen again!

In the last 2 days the biggest question I’ve heard is what makes this device good for me? The best response I’ve had for that is if you are a standard user, the Surface can be your only computer and you will not skip a beat with your day to day life.

First I would like to start out by defining what I consider a “Standard User”. A standard user is someone who uses a computer for email, social media, blogging, consuming media (Music/Video) and casual gaming. This user can potentially be on the go and doing all of these things but this is not a requirement nor does it hurt if they are. …

Is the Microsoft Surface for Me?Read More »

While recently blogging about using my Surface to share media from my desktop to my Xbox it occurred to me. Some people may not know how to setup a HomeGroup, and it would be very useful to have step by step instructions to ease the adoption of sharing Music and Videos across all of you’re Windows 8 computers in your home.

This is very simple, just follow the steps below.

Once you have completed that you can access you’re shared content on any computer that is a member by simply opening the File Explorer and under Home Group you will see the users sharing content. You can also add additional files by modifying you’re libraries to include folders in other locations than the default.

Today was a big day for Microsoft. Today was the release of Windows 8 and of the Surface RT. I have been using Windows 8 quite a bit already and so I wasn’t expecting much aside from my excitement for the Surface RT to show up. 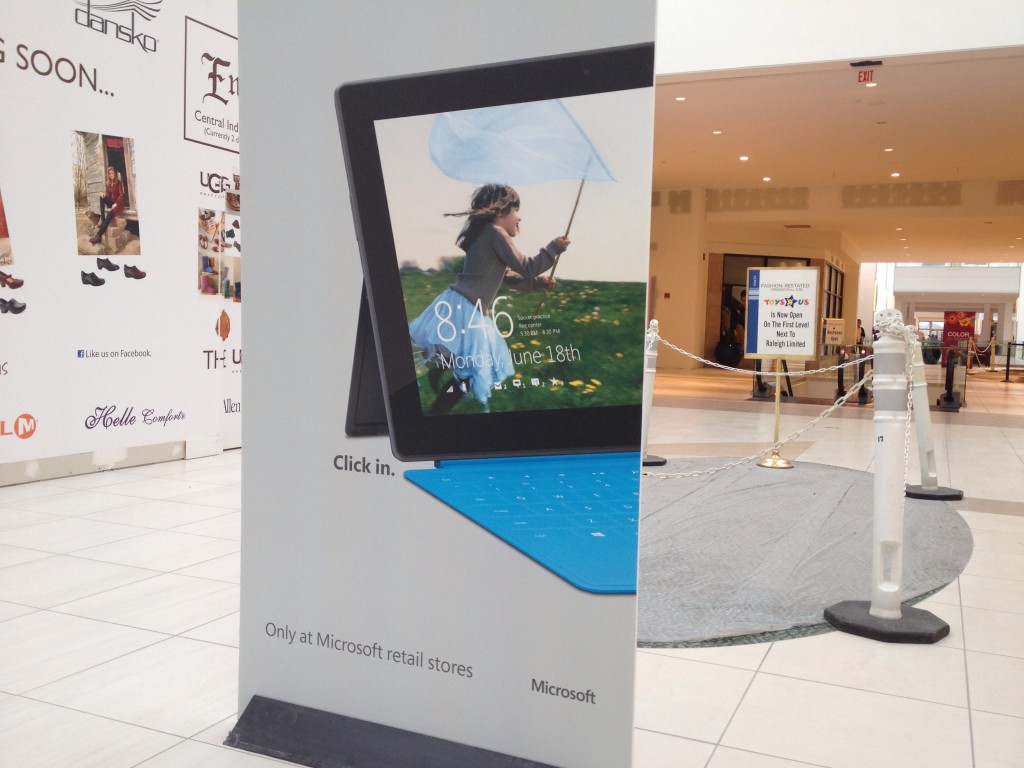 My day started by as soon as I woke up I grabbed my phone and tracked the delivery of my Surface RT. I saw that it was on the truck for delivery so I decided for sure I was working from home in the morning. I had completed quite a bit of work and just finished up with a conference call when I heard a knock at the door. I rushed into the living room to find my Surface RT with Cyan Touch Cover waiting for me.

Windows 8 is here and so is the SurfaceRead More »