My second session of the PowerShell Summit 2014 covered Automating the installation of SharePoint 2013 SP1 using multiple community based tools. Once we installed SharePoint we started exploring how we can browse the SharePoint API to find information we are looking for. Below is the PowerPoint that was used.

This morning I presenting PowerCLI – Automating Your VMware Environment Reporting at the PowerShell Summit 2014. Below is the PowerPoint that was used during this presentation, with additional slides including screenshots of the different steps we went through with the demonstration.

I was recently asked to write a review for Learning PowerCLI. My day to day job doesn’t deal with PowerCLI as much as I’d truly like it to; however I’ve been playing with VMware and PowerCLI quite a bit after hours, so I decided this would be an interesting undertaking. This is my first Book Review, and as time progresses I’ll try to write more of these. I tend to read 5-10 technical books throughout a year, and I use even more as references for day to day work. 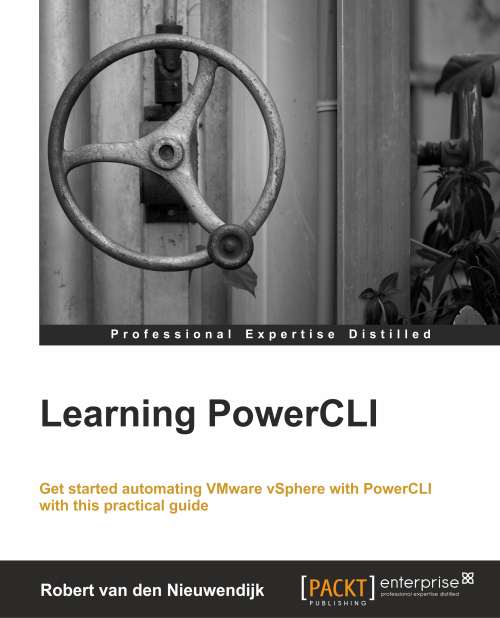 Hello everyone! Long time no post; more details surrounding that will be coming! Tonight I would like to share the PowerPoint I used for the IndyPoSh/Indy VMUG presentation I presented tonight! This goes very brief over PowerShell Basics for PowerShell v3 and v4.

We had an intern program over the summer in our office and a specific intern who wasn’t very wise when it came to locking his computer. We got him probably 10-15 times with a picture of David Hasselhoff in a thong. We also installed some fun Google Chrome add-ons that would change every image on the page to something else.

These got boring, which is very unusual when making someone have a sexy background. However, because we became so bored with it, we decided to take it a step further. We thought, wouldn’t it be cool to automate this with PowerShell? So our initial idea was changing the background to a random image. Looking through the ways of doing that was semi-complicated, and I was feeling lazy. So we ditched the idea, and it was on the back burner for a long time.

One evening I came home from work and stumbled upon this fantastic post on the PowerShell Sub-Reddit “A fun script for Friday – make your friend’s computer start talking to him/her.” To sum it up, it’ll use Text to Speech to have the computer talk. In the example posted, it used PowerShell Remoting. Using PowerShell Remoting for such a malicious intent may cross a line, depends on who the target is and how much you abuse it. In my case, the computers were not domain joined, and so I couldn’t use that as easily. So I decided to take my Friday night and make it quite a bit more “portable.”